On Monday, I got an email. I was being summoned. My attendance was requested. My presence was required. In the local dialect, I was being told to “gitcher ass in gear an’ get on down here, son”.

Given the subject of the email, I complied post-haste.

In the second week of July of this year, I found myself sitting down with Harry, the owner of Harry’s Guitar Shop (odd coincidence, them both being named “Harry”). I informed Harry that I wanted a Heritage H-155 M guitar, but not just any old run-of-the-mill H-155 M. No sir. I wanted a special H-155 M, built just for me, with ALL the bells, ALL the whistles, the kitchen sink, HBO, white side walls… you name it, I wanted it. So Harry, being a Heritage dealer, picked up the speaker phone of love and called Heritage Guitars up. One transfer later we were talking to the Lady With The Sharp Pencil and she started asking me questions.

Her questions centered around my specifications and the various up-charges they entailed. I authorized all of it. I encouraged her to find and kill the last unicorn and make the fret markers out of his horn. “Alas, all we offer is mother-of-pearl” she cried out. Anyway, they got the idea I wanted a real doozy of a custom built 155 and at that point I left Harry to discuss the numbers and delivery date with the nice lady. Harry contacted me the following day with a price and a date of September 15th for the guitar’s arrival.

I suspect my astute readers have already surmised that the email I received on Monday was Harry informing me that a small miracle had happened and my Heritage was sitting in his office. Just to bait the hook (or maybe it was to twist the knife?) he sent me some photos of the guitar with the statement that the guitar looked much better in person than it did in the pictures. 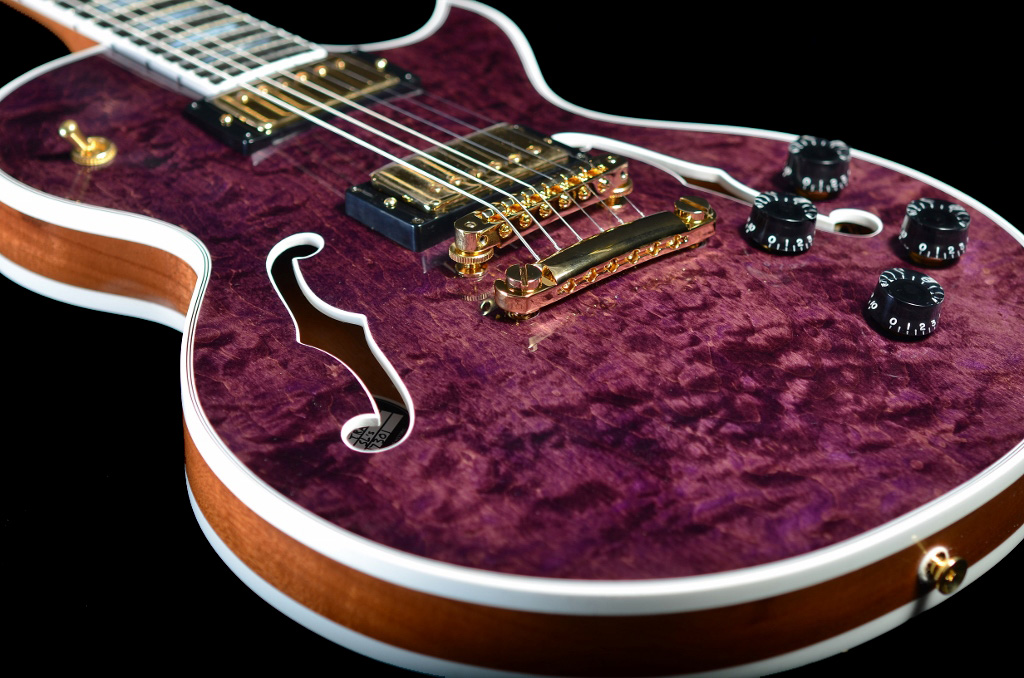 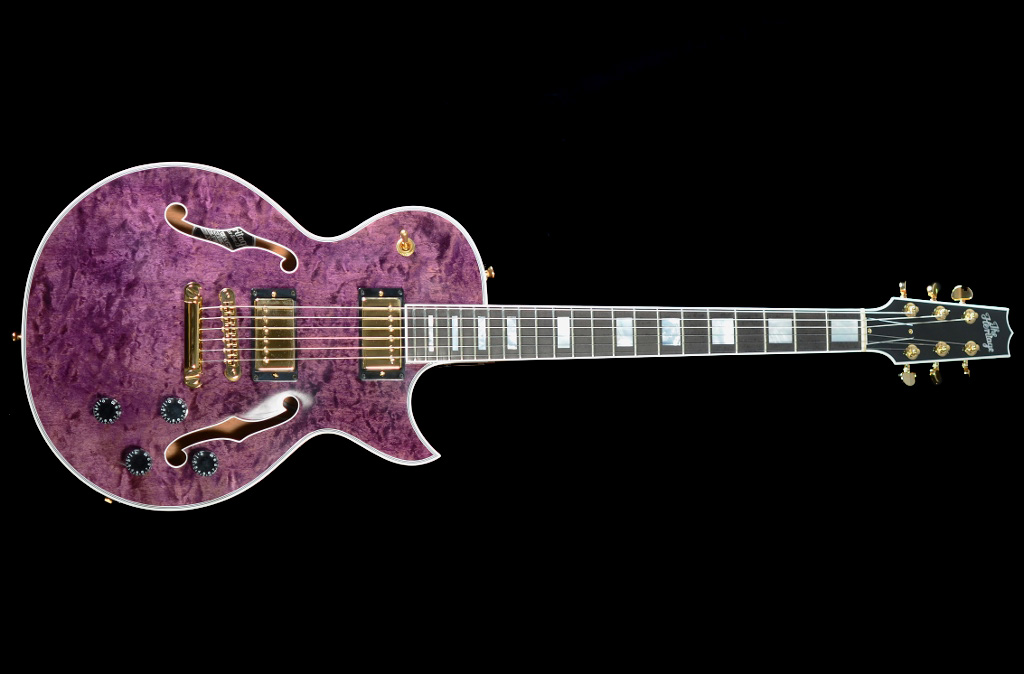 Really? It looks “much better” than that?

Well, it does. There was another customer at Harry’s who saw it and made the remark “I am standing two feet away from this and it looks like the top is made of crushed velvet”.

But the story, it does not end here. Oh no. The story never ends.

In the jibber jabber that follows any substantial transaction, I asked Harry about a guitar I had seen listed as a “special deal” on his web site. The guitar in question is a Schecter Custom Shop PT in butterscotch. Another customer had ordered a custom built Schecter PT and specified a maple fret board. Someone at Schecter goofed and put on a rosewood fret board. The customer was notified that his guitar had arrived, he came in, looked at the guitar and said “This is not what I ordered”. The customer and Harry got on the phone with Schecter to instruct them on the fine points of telling maple from rosewood. Harry now has a genuine Schecter Custom Shop on his hands that no one wants. (The customer is well within his rights to reject the guitar, as he ordered a custom build from a custom shop. The builder really does not want that guitar back, because they have no idea when someone else will order that exact set of features.) So Harry puts it on his wall for what is basically dealer cost, in this case just about $1000 off the retail price.

I see the guitar, I hold the guitar, the guitar whispers to me “My intended has rejected me, through no fault of my own. Won’t you please take me home with you?”, and so I did. 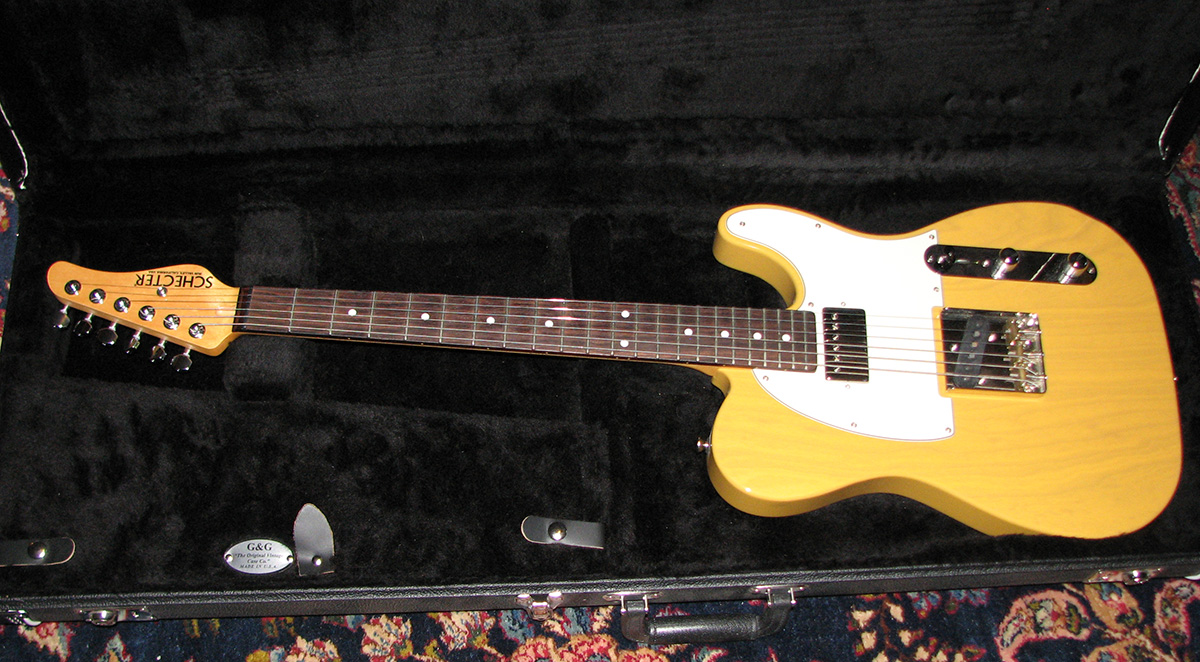 And even now, the story is not at an end. It seems there is a Peavey T-30 on a UPS truck headed my way, even as I write these thrilling words.

Someone, anyone, PLEASE help me stop.